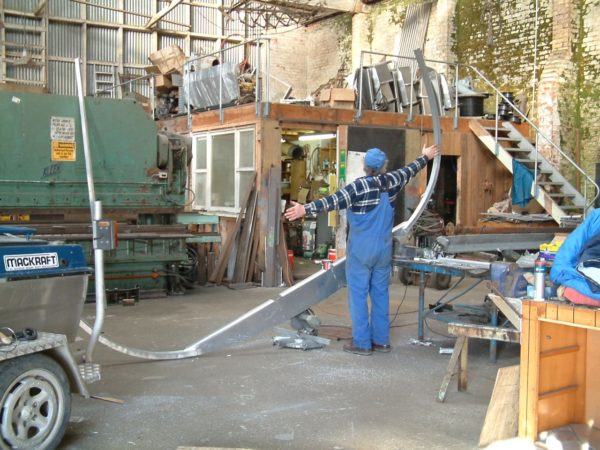 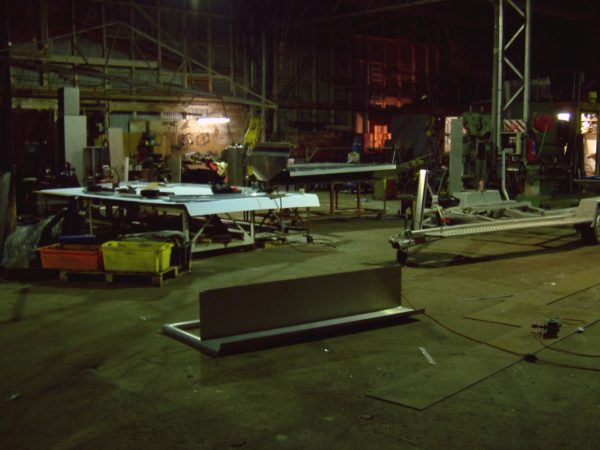 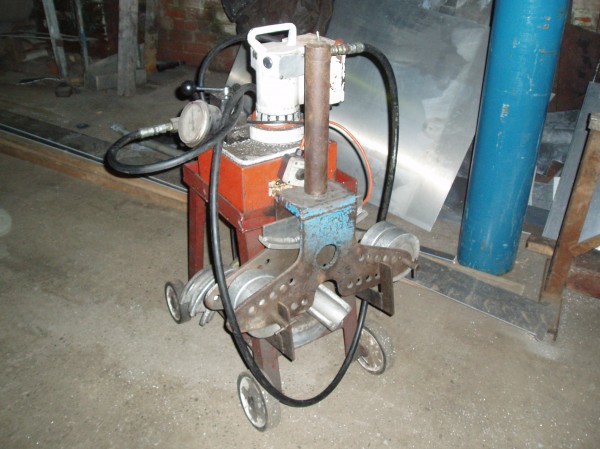 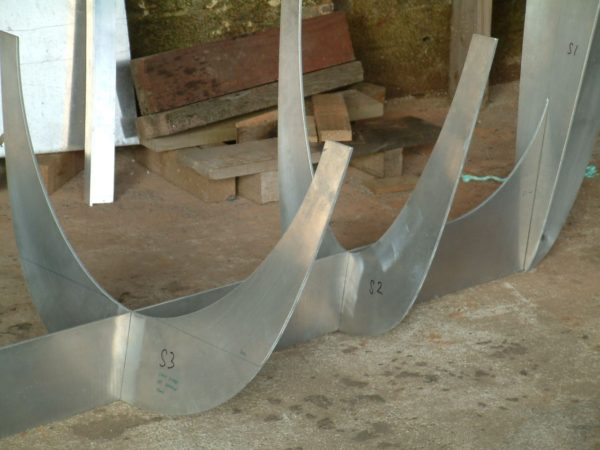 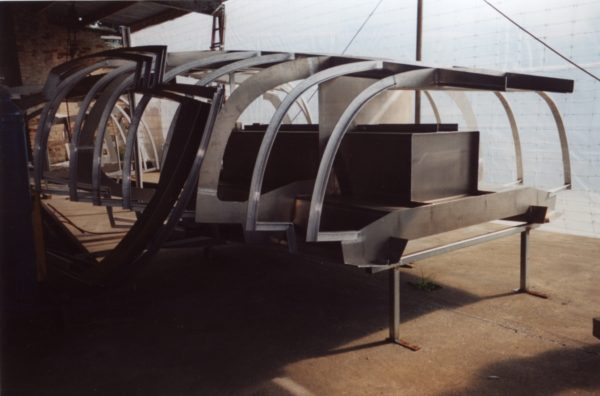 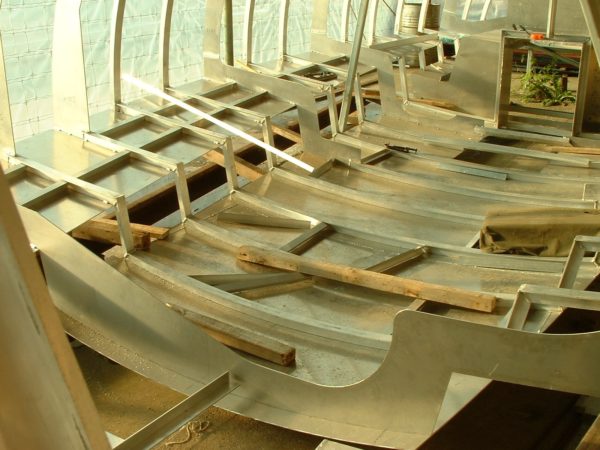 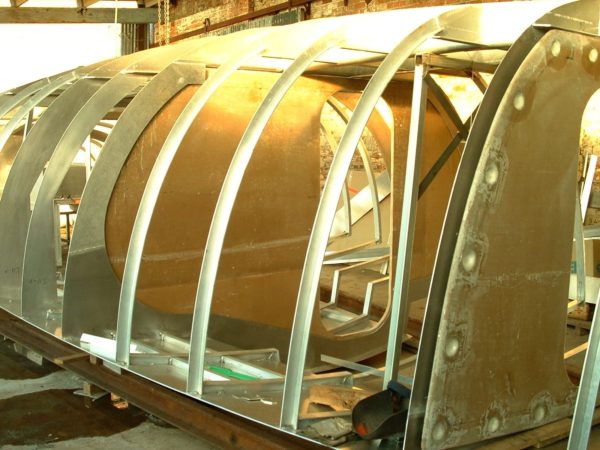 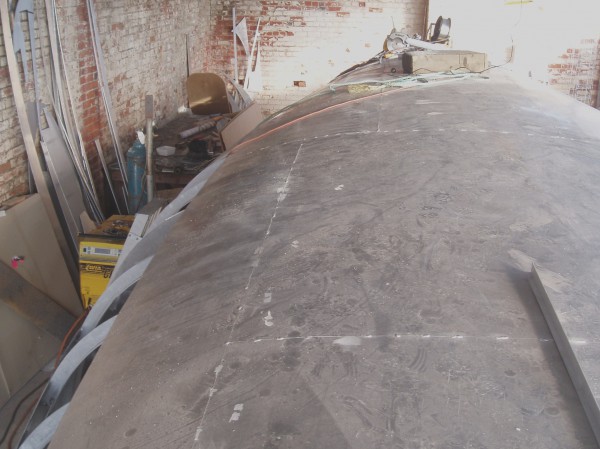 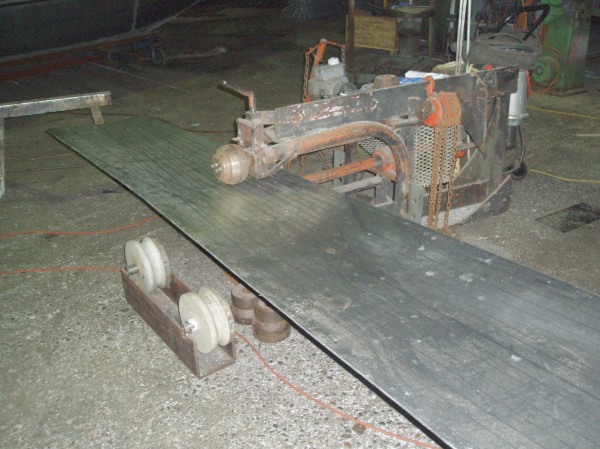 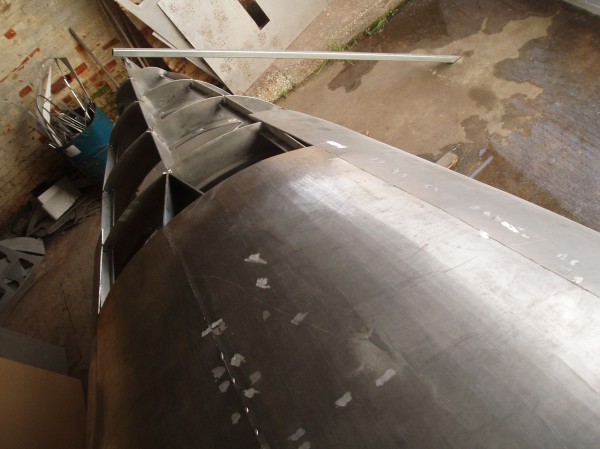 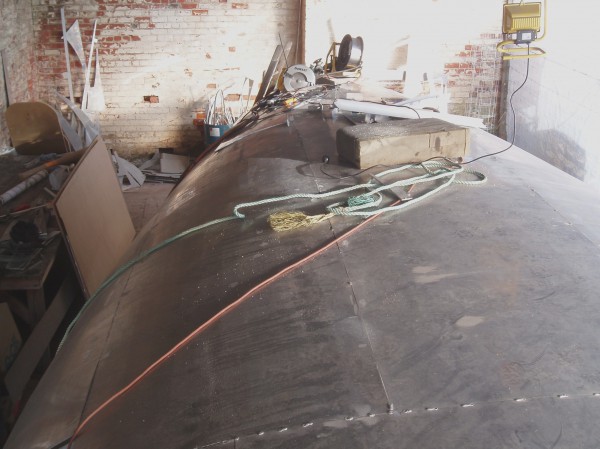 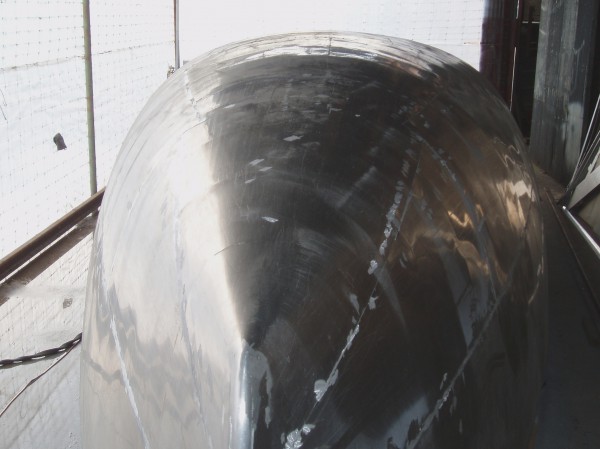 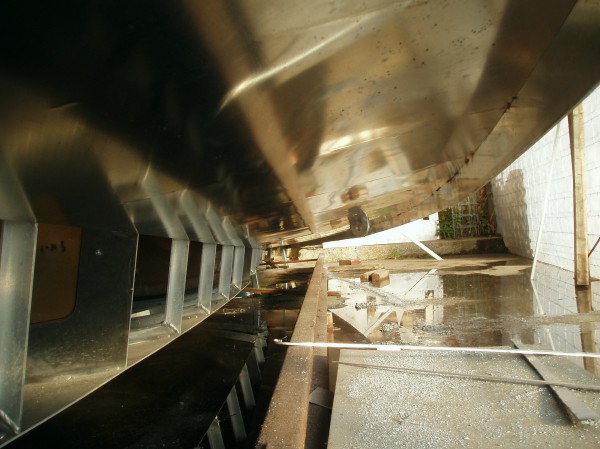 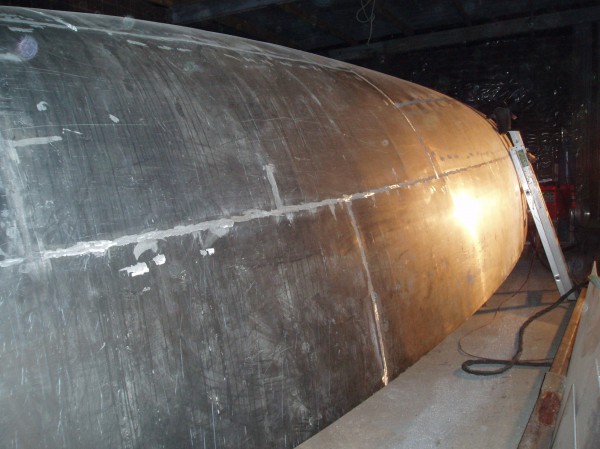 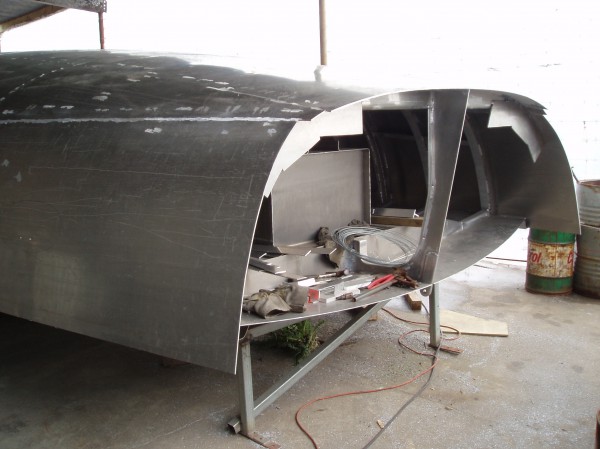 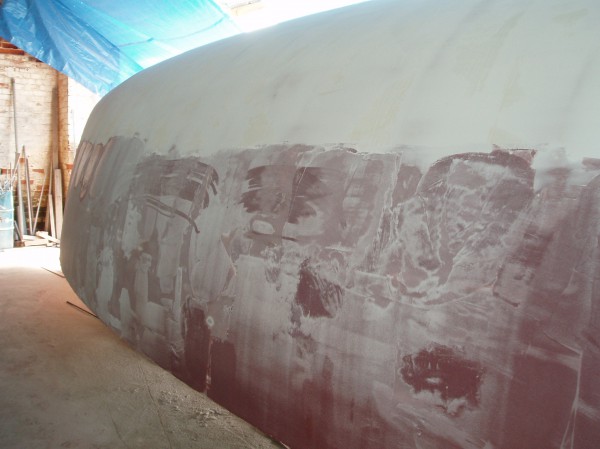 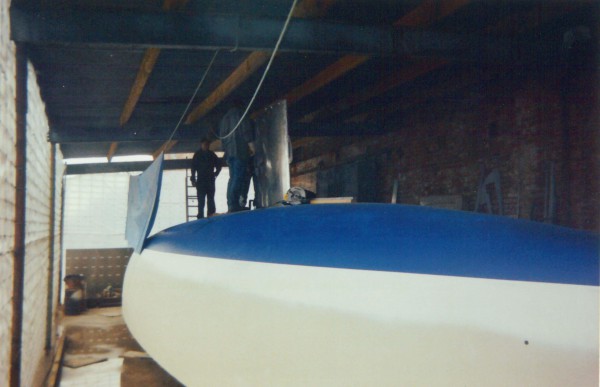 The last task before turning the hull over is test-fitting the hollow keel foil into its slot. It is much easier to play with the 200kg foil up there while trimming the slot than repeatedly raising and lowering the entire shell over the keel later. 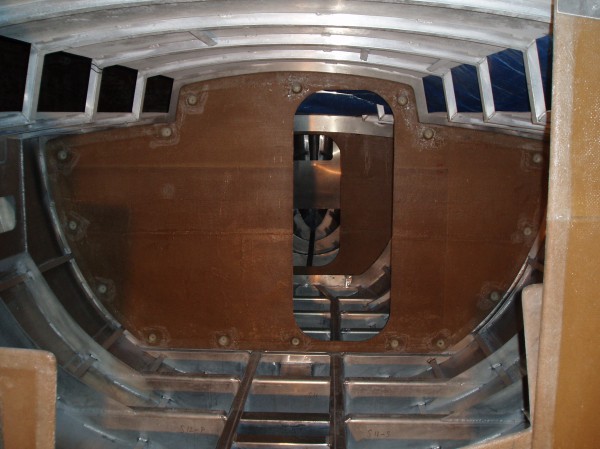 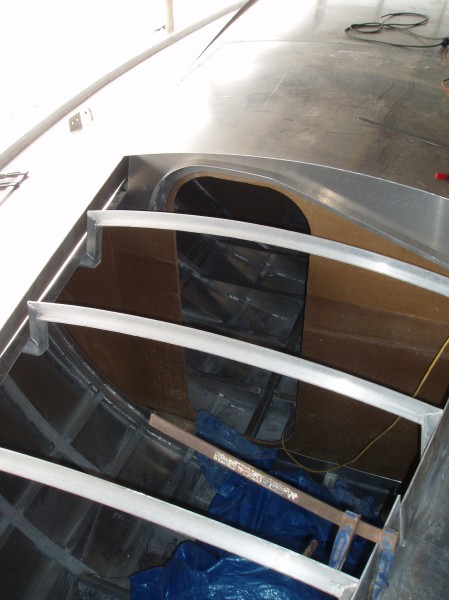 Some areas of the roof were not able to be plated until now, as steel supports were coming through from the ground. It was also good to be able to close this deep hole before falling into it. Later, I instead elected to fall through a large hatch opening covered by a tarp – without much in the way of adverse results. 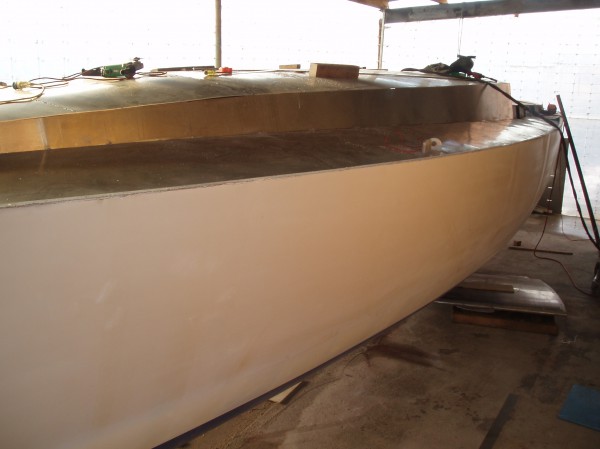 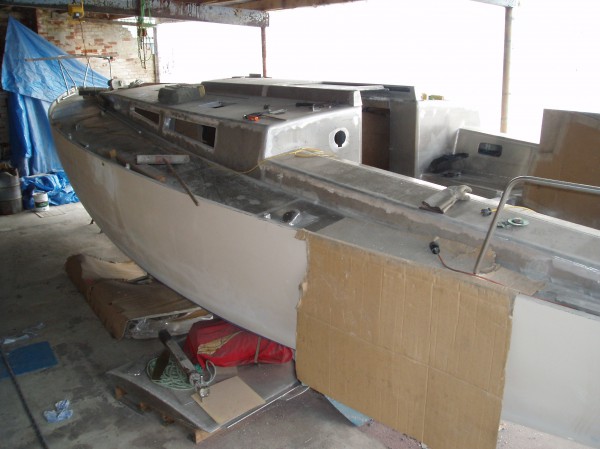 Finishing involved re-cutting the edges in place and forcing in a split section of pipe to achieve radiused corners and soften the shape. Windows were cut and frames added, the sliding hatch constructed, hatch openings cut… At this point, a lot of the deck hardware needs to be available already in order to be fitted. 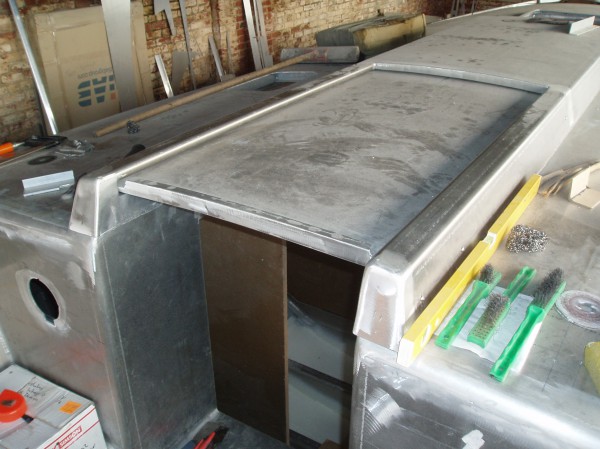