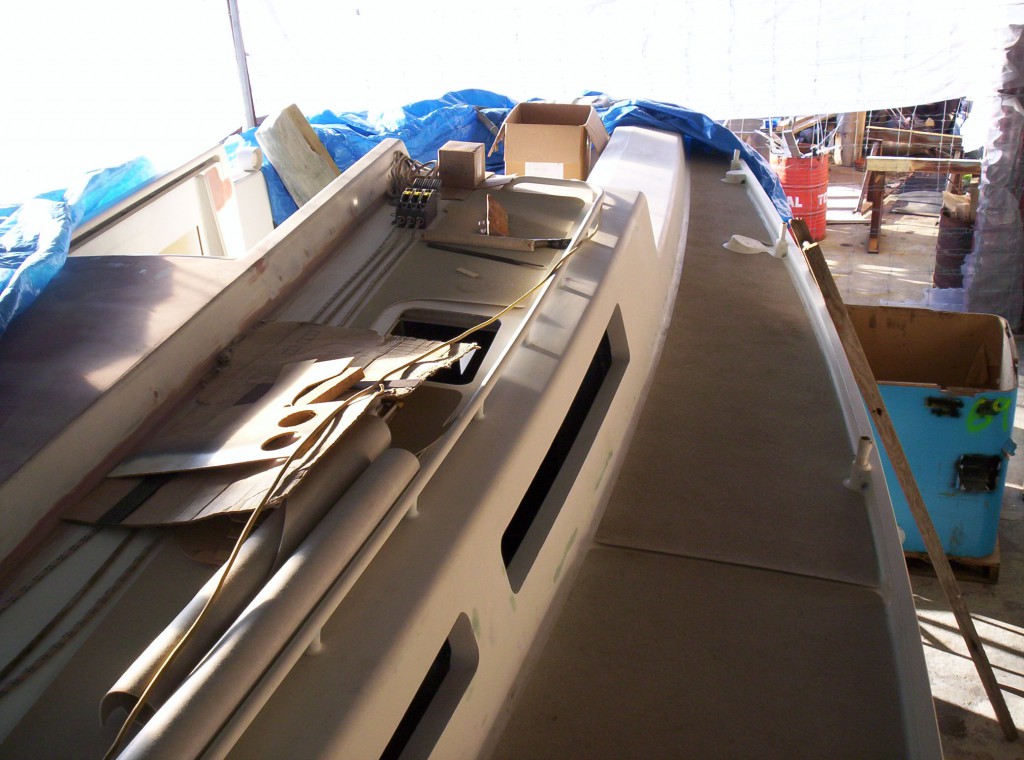 The construction of the hull of the sloop Nordkyn started in June 2004 after erecting a lean-to, 17 metres long and 7 metres wide, alongside an existing building and workshop to house the project. This temporary structure was destroyed in 2007 when the adjacent 120-year old brick building was blown down and totally destroyed by the wind in a storm one early morning of October. My hull emerged unscathed from the ruins and, after clearing the rubble, I relocated into a large and partly open steel shed to complete the project. This shed was still standing last time I checked.

Building the sloop fitted quite well in my spare time, next to a full-time job, just absorbing every evening and weekend for a few years until launching in October 2010. There were a few interruptions and disruptions along the way; personal matters, professional commitments and extortion of marine design work managed to consume up quite a few months along the way. Still, such disruptions were severely frowned upon. The project sometimes progressed on several fronts alternatively, typically when temperatures halted working with resins and paint products; it was then time to go back to welding, fabricating or other compatible activity. The overview presented here isn’t always strictly chronological, it was consolidated logically to provide better clarity.

If you are interested in marine aluminium construction and the manufacturing of round bilge hulls, you may find some of the information and photos interesting. Repeating a few words of wisdom that were offered to me from experience when I was considering the project…

Building a round bilge alloy hull is not as difficult as a lot of people like to think. Don’t fight the material. If it doesn’t work, stop, think and find a better way. Start where it is easy and learn from it

The launch was not the big event anticipated by many, but a rather long day starting with a project on land and finishing with a project on the water. Standing up the rig was still to come, a lot of work remained and sails were some weeks away. One day, long after the novelty represented by the tall dark sloop in the harbour had worn off, I slipped out under sail for the first time without any ceremony. That was the event. The next time I headed out, the advantage conferred by surprise on the locals had been lost, eyes were watching and Wild South chased us for 10 nautical miles before catching up, took the photo below and gave me a calibration speed reading from its paddlewheel log. 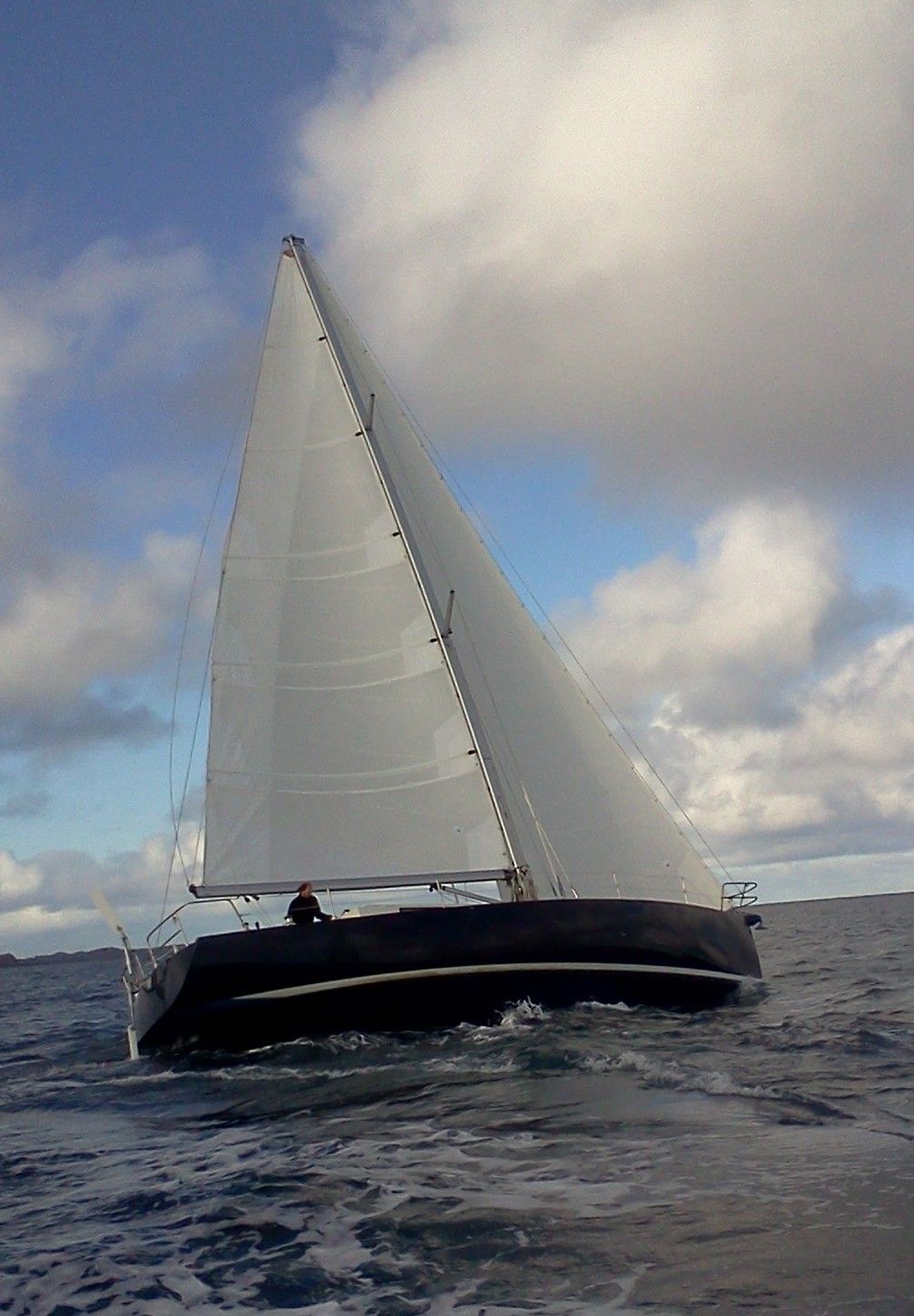 Sea trials: Nordkyn out for the second time.